Recently, I’ve been thinking a lot about missions. I believe that global missions are incredibly important. I so greatly admire global missionaries for their courage and boldness to go where God has called them to be. I also admire them for the passion and humility it takes to effectively develop a network of supporters (whether that be through individuals or through a church). Global missionaries are needed – and it’s important for us, as the Church, to do what we can to support the work that they do.

However, when I talk about missions, I don’t just refer to global missions. I have often heard people who profess to be Christians saying that they are depressed because of how meaningless their lives are, and how they feel it is impossible to do anything meaningful for Christ in their American lifestyle. Usually, this leads to a tirade against the Church in America, and an assertion that all Christians who live, work, and serve in this country are less in their faith than those who live, work, and serve elsewhere. This belief always saddens me. While I acknowledge the problems of the American Church collectively, I strongly believe that every individual believer – every member of the Church – is called to be a missionary. Their mission field is wherever God has called them to be – which means that Christians called to America are called to live meaningful lives as missionaries in our own country.

Now, this isn’t justification for complacency – I also know that it’s easy for us to stay in the safety of what is familiar simply because it’s comfortable, not because it’s where God has called us to be. However, a sincere call to missions within America is no less important than a sincere call to missions in a foreign country. What’s vital, is that each of us individually listen to God, seek His will, and go where He calls us. If we truly are where He has called us to be, than we should be intentional missionaries to that place. While I’ve always believed that there shouldn’t be a divide between faith and work, it’s really only been this past semester that I’ve truly started living with what I term a “missionary mindset”. In this post, I’m going to explain just what that is, and why it’s an important mindset for us to have as followers of Christ, in order to be most effective in our work, relationships, and communities.

This past August, I began my work as librarian at MidAmerica Nazarene University. Immediately, I started finding value and purpose in my work – I was doing work that I loved, in an environment that encouraged work/faith integration, with a network of other believers. For the majority of the first semester, I focused primarily on the work and in growing in Christ myself – I learned to pray, I re-developed a passion for Scripture, and I sought out mentors with whom to talk about spiritual matters. I mention these things, because I believe that this is what led me to a revaluation of my mindset and enabled me to shift focus. As I mentioned before, I found purpose in my work from the very beginning – however, it wasn’t until I sought God diligently that my mindset began to change, and I started truly seeing the opportunities that were in front of me. This mindset change isn’t something we can achieve on our own.

God began revealing missed opportunities to me kind of all at once – there were so many that it was incredibly convicting. It started with little things, that I didn’t even see as potential ministry opportunities before – such as where I sat in the MNU cafeteria during my dinner breaks. Previously, I’d always sat in the “faculty area” on the far side of the cafeteria, but always off by myself, since I was the only faculty member present in the evenings. I liked to check my phone, make edits to my agenda, send emails, etc. while I was eating dinner.

One day, I looked up from my phone and noticed that several students had sat down next to me at dinner – not intentionally, but because there were few seats remaining. They were athletes, students I rarely interacted with because they rarely came into the library. Due to the close proximity, we began talking – they were surprised to hear that I’m a faculty member, and they ended up inviting me to attend one of their basketball games (I haven’t attended one yet, but I’m planning to). After this conversation, I started to realize how segregated the MNU cafeteria was – honors students sat together, athletes (many from diverse ethnicities) sat together, and faculty members sat together. Since then, I’ve realized the tremendous impact I can have simply by sitting down and talking to students from different groups. Just because I’m a faculty member and they’re students does not mean that we can’t talk and develop relationships – I can be a light to these students simply by sitting down next to them at dinner, encouraging them, and attending their events.

This realization made me start seeking out other ways I’d been missing out on chances to minister to those around me – and God has been faithful in showing me many opportunities that I’d previously never recognized. Instead of keeping myself at a distance from the MNU student library workers I supervise, I’m now planning to be more intentional at building relationships. I want to organize some optional team building activities for the group, and I want to pray with them. Speaking of prayer, I’ve realized that I should take initiative in forming groups to pray for key events at MNU – for example, I’m planning to lead a prayer group with honors students for an upcoming scholarship competition. I also now recognize my unique position as librarian, and how that enables me to plan talks and events that could push students to discuss important issues that would help them and the campus culture grow. These are all opportunities that always existed in front of me, but I never saw them until my mindset changed. I had to come out of myself and see that I can be a missionary in my work environment if I choose to be.

Naturally, this missionary mindset hasn’t stayed relegated to my work – once I started seeing these opportunities at MNU, I also started seeing them in my other activities and communities. There are so many people all around me who need light, truth, and hope in their lives – and I’m praying about how I can be a witness to these people. Prayer is powerful, and I can be an intercessory missionary for others simply through intentional and regular prayer. I also recently moved into my own home, and I’ve realized that I am being called to start a hospitality ministry – welcoming any and all to my house, having tea or dinner with them, and praying with them before they leave.

This mindset also impacts my other actions. When my focus is on the bigger picture – on God and His purpose for me – I am empowered to think and act beyond myself. When I see my life as a mission, this impacts all that I do. My morning prayer and Scripture reading prepares me to see clearly for the rest of the day, and make choices that reflect this mission. This means that I am able to view hard situations or relationship conflicts that come up throughout the day from a much truer perspective, and thus deal with them more effectively, in a way that promotes Christ’s kingdom and not my own.

I’m still learning how to put this new mindset into practice, and I know I always will be learning. But having this new mindset enables me to look at my life in new ways. It encourages me to continually pray for new opportunities for ministry, witnessing, and service to be revealed. And, it enables me to be intentional in how I deal with relationships, conflicts, and day-to-day concerns. To be clear, I am still passionate about global missions, and I’m still involved in them in the ways God has called me to be. However, I now recognize that I am also a missionary here, in America – because this is where God has placed me at this time.

In many ways, I have to thank my brother Keifer and sister-in-law Caity (full-time missionaries in the Czech Republic) for helping me to see how “missionary” is based in who you are, not in where you are. It was incredibly encouraging to see how they continued to be missionaries while they were back in America for a semester. Their call to missions did not end while they were away from the Czech Republic – rather, it continued to guide every aspect of the lives. During the few months they were in America, they gave so much, inspired so many, and were a light to all they encountered.

A mindset change leads to an identity change – when we view our lives from the mindset of a missionary,  we can become one. This will change the way we think, the way we perceive the world, and our priorities. This is why it’s important to have a missionary mindset – a mindset that our lives are not about ourselves, but rather are about furthering God’s kingdom in all that we do. There are so many opportunities all around us, and we so often neglect them. There is still so much work to do within my own communities and relationships. When we seek God diligently and earnestly pray for a mindset change, we can be confident that He will reshape our minds in this way.

We are all called to be a light in a dark world. And, as believers of Jesus Christ and members of His Church, we are called to be missionaries – wherever we are, and whatever we do. 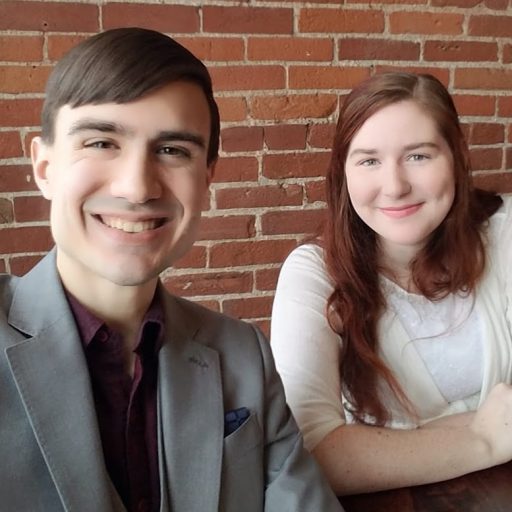 What The Bird Said Early in the Year – by C. S. Lewis

“I heard in Addison’s Walk a bird sing clear: This year the summer will come true. This year. This year.

Winds will not strip the blossom from the apple trees, this year, nor want of rain destroy the peas.

This year time’s nature will no more defeat you, nor all the promised moments in their passing cheat you.

This time they will not lead you round and back to Autumn, one year older, by the well-worn track.

This year, this year, as all these flowers foretell, we shall escape the circle and undo the spell.